“I’m proud of us and how we made a lot of nice changes throughout the match and come up with a win,” Drews said. “Being down 0-2 is really constricting but also it’s now or never. If you’re not swinging and your not going out after it like a house on fire, then what have do you have to lose at that point. We all kind of just buckled up and kind of made big swing and it paid off.”

Drews had a solid performance from the attack line recording 32 spikes and contributed a block to her team’s total 10 blocks. Kelsey Robinson and Haleigh Washington contributed 15 and 10 points, respectively.

Brazil also had three players scoring in double-figures – Gabi Guimaraes, Lorenne Geraldo Teixeira and Mara Ferreira Leao. Gabi and Lorenne did most of the scoring with 20 points apiece, while Mara added 15.

USA got off to a good start as Brazilian hitters encountered some problems in converting on their attack attempts. The North American side held a 10-6 lead from playing great defence and finding the open court for their attacks. However, Brazil refused to give in to the pressure and started a good run utilising their net defence led by Mara. The Brazilian middle blocker also contributed on offence with her quick hits. Natalia Pereira and Ana Beatriz Correa joined in the block party with three straight deflections that locked up the set for Brazil 25-20.

USA started the second set with the lead but Brazil displayed great intensity on offence and defence. As Mara scored to tie the game at 18-all, her teammate Natalia Pereira suddenly sprained her calf, leaving a void in the Brazilian offence. However, Ana Paula Borgo, Lorenne and Gabi stepped up as they powered their way to claim the 25-22 win.

Drews took some hard swings to break through the tough Brazilian net defence, then setter Lauren Carlini helped out on defence and distributed her sets well to involve the others on offence. USA mounted a big lead and protected it to extend the match with a 25-15 win in the third set.

Brazil reloaded on offence and rolled on defence to gain an early advantage in the fourth set, but Drews kept USA within striking distance as she drilled strong spikes. Her off-the-block spike snatched the lead from Brazil, starting a huge run. USA completed to extend the match to a tiebreaker after a strong hit by Drews and an error by Gabi on the attack 25-21.

Brazil scored the first point the final set, but USA continued to respond to every point the South Americans made. At the score of 5-all, USA suddenly gained a three-point advantage from a kill by Drews, an ace by Robinson and another kill by Jordan Larson. Brazil had an answer for the USA run, as Gabi, Lorenne and Mara helped their side to cut down the lead to just one point at 14-13. However, an antenna touch on the Brazilian attack sealed USA’s fate of winning their second title at the VNL 15-13. 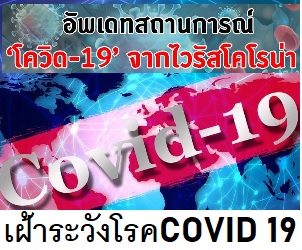